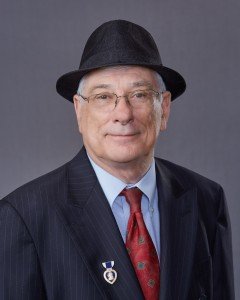 For Fifty Years John Bagwell Has Worked In Advertising, Public Relations or Marketing.

He began his career in 1965 at KUVY, the student radio station at the University of Oklahoma. Bagwell was lucky to land a job as a news stringer for KOMA radio in Oklahoma City — the Top 40, 50,000 watt powerhouse.

In 1966  he joined the US Army and had the good fortune to serve in American Forces Radio in Vietnam and Italy.  Yes, Good Morning Vietnam is still one of his favorite movies.  He received the Purple Heart and Bronze Star with V device while in Vietnam and was part of the only American Forces Radio or Television Station to be taken by the enemy. Mike Larson wrote a book about life in the First Air Cavalry Division in Vietnam and included a chapter on Bagwell’s  life as a disc jockey and another on the American Forces Television attack. You can read more  in   A Year In The Life of  The First Air Cavalry Division . 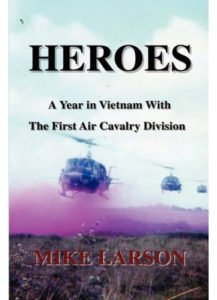 John Bagwell is featured in Heroes: A Year In The Life of The First Cavalry Division

In 1969 he was released from the military. He worked at KERA-TV, the public television station in Dallas and sold newspaper advertising for The Grand Prairie Daily News.

In 1970 he moved to Odessa, Texas where he worked at KRIG Radio, KQIP Radio and KOZA Radio. At KOZA he was a disc jockey and sold radio advertising.

One of his clients liked the commercials that Bagwell wrote for him and suggested Bagwell start an Advertising Agency. After a couple of years, he closed the agency and moved back to Ardmore, Oklahoma, his hometown. There he worked for KVSO Radio in sales and on the air.  It didn’t take long before Bagwell decided to start another Ad Agency in Ardmore, Oklahoma.

In 1980, John Bagwell moved the agency to Dallas, Texas where he  now lives. Bagwell Marketing is a full-service Marketing Company and Bagwell Promotions offers a comprehensive selection of promotional products.

He supervised a national retail account with a budget of over $15 million annually. This included an extensive direct mail program with over 30 million inserts produced and distributed every two months via ADVO, local newspapers and traditional direct mail.  Additional television and radio advertising and in-store promotions supported the direct mail. The client company started with $100,000 a year budget and seven stores and grew to over 500 stores and a $15 million budget in six and one half years under the agency’s leadership.

Bagwell has extensive knowledge of Internet marketing and e-commerce with specific emphasis on search engine optimization.

Through the years he developed a strong knowledge of the advertising promotional product industry for trade show giveaways and other support.  He managed booths and related trade show projects for clients, as well as for the agency.

His clients have included retail, banking and business-to-business with a particular expertise in multiple-location retail establishments.

Bagwell also  coordinated advertising for over 125 independent banks in 22 states.

Bagwell has taught marketing, advertising, accounting and general business classes at Murray State College in Tishomingo, Oklahoma and at Richland College in Dallas, Texas. He has also led seminars in advertising and marketing for various organizations and served as speaker/trainer for Business Clarity Solutions, Dallas, Texas.