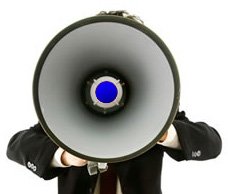 Recently, Dan Cathy of Chick-fil-A took a stand against gay marriage in an interview with the Baptist Press.

I should point out there is no indication that Chick-fil-A – the business – actually participated in any employment discrimination or denied service to any customers. The comments were just the feelings of the fast food chain’s COO.

The resulting “public out-cry” resulted in several city leaders threatening to ban future restaurants. And gay activists called for a boycott of the restaurants.

My mother once told me that, when in public, “Never talk about religion or politics.” She was wise because no matter what you believe you are bound to “tick somebody off.” Dan Cathy seems to have broken both rules. As a result, his business and he are both in a bit of trouble.

Advertising Age, one of the leading advertising and marketing publications, carried an article titled “Chick-fil-A Finds Politics Can Be Bad For Its Business.”

However, the headline may not actually come true.

As Paul Harvey used to say = “Here’s the rest of the story.”

Just when you thought this could hurt his business, a number of people have stepped to Cathy’s rescue.  And they are an unlikely group of bed fellows.

Sure, Christians stepped up to the plate, but so did the American Civil Liberties Group ( ACLU ) and — are you ready for this one – the normally liberal ladies of  “The View.”  That’s right, Whoopi Goldberg took up for Dan Cathy’s right to his beliefs.,

Within days many talk show hosts and others took to the air urging people to support Chick-fil-A.  As a result , August 1 has been designated as  Support  Chick-fil-A  Day.  And here is my prediction:  I believe that Chick-fil-A will have its biggest one-day of sales ever.

As a result, a potential PR blunder may actually turn out to be good for the company.

Now, if I’m right,  marketers and PR professionals and business owners can argue if Cathy’s statement was actually a mistake at all.   I would recommend to my clients to avoid such statements but this is clearly a situation that may take a positive turn. We’ll see.