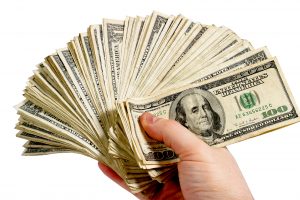 I’m often asked how expensive it is to advertise on national television.

Ad Age Magazine is out with their top 10 most expensive programs for 2016 -2017 and once again football leads the way.

Is it worth it to advertise on television?

It depends. Television is still an effective way to reach a large scale audience.  In the cast of The Big Bang Theory , the audience reach is in the 15.8 million range.  That’s about $18.29 per thousand impressions.  Put another way, that is just under 2 cents for each person that is exposed to your commercial. Could you reach that many people in a more effective way?

When you are spending advertising money, the best way to compare is the cost per thousand. That is, how much money does it cost to reach 1,000 potential customers.  Click Z has a handy calculator for finding a cost per thousand if you are not a math whiz.

For more on media buying, see my earlier blog post on frequency and reach.

Of course, that is national television and if your business only reaches people in a small area then advertising on a national scale should not be an option.