What’s with all the commercial clutter? 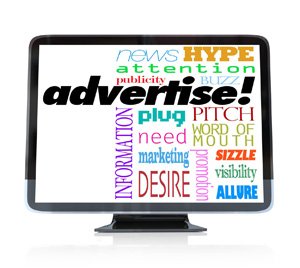 Here’s a good question.  When is an hour really 43 minutes?

The Answer: When you are watching television or listening to radio.

Marketers and advertisers have dealt with what has become known as “Commercial Clutter” for sometime now.

In an effort to make more (and promote other programming) the broadcast and cable television stations and commercial radio stations have added more commercials and increased the number of ads with each break, or “pod.”

A recent article in AdWeek magazine takes a look at how much commercial clutter is actually on television. With generally seven or more commercials in a break, it becomes harder to stand out from the crowd.

This past evening while watching a major network prime time program, there were two automobile commercials within the same break.  Before returning to programming, the local commercials began.  There were three commercials for area dealerships.

Is there any wonder automobile dealers are having problems communicating their message to potential customers?

As I have discussed before, radio is not much better.   When I was a disc jockey in the early 70’s in Odessa, Texas at KOZA Radio we had a slogan — “You are never more than two minutes away from much more music at KOZA.”  Just this past week I counted eight minutes of commercials on one local Dallas radio station.  With most of those :30 commercials and a few :15, there were 15 commercials in a row.

So, what do marketers and advertisers do to combat this problem?

Since “everyone is doing it,” there aren’t a lot of options if you want to stay on broadcast television or radio.

You might try an Internet radio station such as Pandora, that runs only one commercial at a time. You could look at event sponsorship such as a radio remote, where you are the only advertiser.

You could also take some of your broadcast budget and test some other media.

That will only happen when their audience gets so fed up that they go to other forms of entertainment. At that point, with no audience , there will not be any advertisers.