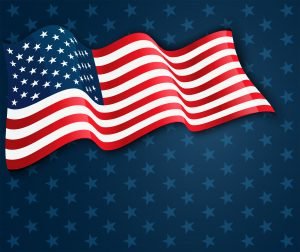 Our nation has achieved greatness by sacrificing those who fought and died for our freedom. Memorial Day was intended to help us remember those who gave their lives for us.

Here are some ideas for Memorial Day Promotions:

Your expense will be limited to the costs of the promotional products you select and any entry fees, but the public relations opportunities are immense.

Many people visit cemeteries and memorials on Memorial Day to honor and mourn those who died while serving in the U.S. military. Many volunteers place an American flag on graves of military personnel in national cemeteries. Memorial Day is also considered the unofficial beginning of summer in the United States.

Several cities and people have claimed to have first celebrated the event. In 1868, General John A. Logan of the Grand Army of the Republic called for a “Decoration Day,” widely acclaimed. By 1890, every Northern state had adopted it as a holiday. The World Wars turned it into a generalized day of remembrance instead of just the Civil War. In 1971, Congress standardized the holiday as “Memorial Day” and changed its observance to the last Monday in May.

The history of Memorial Day in the United States is complex. The U.S. Department of Veterans Affairs recognizes that approximately 25 places claim the holiday originated. At Columbus [Georgia] State University, there is a Center for Memorial Day Research. The University of Mississippi incorporates a Center for Civil War Research that houses research on Memorial Day’s origins. Decorating soldiers’ graves with flowers goes back to before the United States was formed. And soldiers’ graves were decorated in the U.S. before and during the American Civil War. Many origination claims are myths, unsupported by evidence, while others are one-time cemetery dedications or funeral tributes. In 2014, one scholarly effort attempted to separate the myths and past events from the activities that led to the establishment of the federal holiday.[

In April 1865, following Lincoln’s assassination, commemorations were widespread. Since over 600,000 soldiers of both sides died in the Civil War, the burial and memorialization took on new cultural significance. Under women’s leadership during the war, the increasingly formal practice of decorating graves had taken shape. In 1865, the federal government began creating the United States National Cemetery System for the Union war dead.

By the 1880s, ceremonies were becoming more consistent across geography. 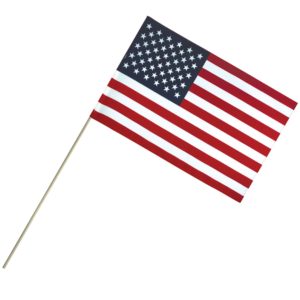 USA Flags,  USA Lapel Pins, Patriotic Theme Calendars, Flag Key Chains, and USA Stress balls are just a few of the Patriotic Promotional Products Available at Bagwell Promotions. Easy online ordering. You can also find hundreds of other promotional items that can be imprinted with your company or organization name, message, or logo.