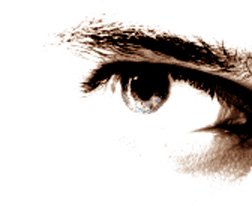 Once again I wonder, “What were they thinking?”

The recent flap over uniforms made-in-China for American Olympic athletes is the reason. This is another public relations controversy that could have been avoided with a little common sense.

Who on the USA Olympic Committee thought this was a good idea in the first place? After all, this is our US team and they should represent the best of America.

The lesson is that companies and non-profits today should expect scrutiny of almost every action they take.

With so many eyes on every move, bloggers, investigative reporters and others will “turn you in” if you do something wrong – or if you are perceived to be doing something wrong. The best way to avoid “bad press” is to avoid flubbing up in the first place.

That may sound easy, but daily decisions can be more complicated than they seem at first. A minor mistake can turn into a major issue.

Take a few extra minutes in the decision-making process to ask yourself, “How will this look to my customers (employees, stockholders, etc.)?”  That can make all the difference and keep you out of hot water later.

Bottom Line: If you know something might look bad, just don’t do it.